I never thought I would say this, because I’m not 80…but I LOVE Bingo!

The classic game is having a moment here in Madison. And I’ve been partaking in those moments on a regular basis.

There are several places to play Bingo in the area. Along with many different ways to play. And prizes to be won.

I love winning stuff even more than I love Bingo.

Here are my three favorite places to play this old standard that has suddenly become cool again. And what you need to know before you go:

This is legit old school.

Bingo is held every Tuesday in the large hall, complete with giant score board. First round starts at 6:30 p.m. sharp. Second round starts around 8:00 p.m. following a 10 minute intermission after the first round ends.

Each round is 10 games each, with a mix of regular bingo and more complicated patterns, like an airplane or a kite. The last game in each round is blackout.

You can buy Bingo cards with 6 on each for $9; or 9 on each for $12. Dabbers are available for purchase as well.

When they sell enough Bingo cards for full prizes (which is usually) – you can win $50 for a regular Bingo; $100 for a fancier pattern; and $200 for blackout. Bad news is, you have to split the pot if there are multiple winners in a given game.

I went at least 20 times before I finally won. And then had to split $100 three ways. I was still super excited about that $33.35 though! (See picture to the left.)

Also helpful to know is that food is available for purchase in the Bingo hall until the kitchen closes, which is around 7:30 p.m. After that, you can order frozen pizzas from the bar.

Drinks are also dirt cheap. And stiff as hell.

Bingo night at the VFW usually draws quite a crowd, so I recommend getting there by 6:15 at the latest to buy your Bingo cards and order food or drink before it starts. Kids are not allowed in the Bingo hall unless they are 8 years or older. Though I believe you have to be at least 18 to play.

Following the last round of Bingo, they move on to what they call the Progressive Round. I can’t tell you anything about that though. Because it starts around 9:30 p.m.  Which is already past my bedtime.

This one is for the ladies…

Instead of cash money, you play for handbags.

Here are the deets: Your $25 ticket, which you can call and reserve in advance or buy at the door, gets you 8 rounds of Bingo (1 card each) and 1 free drink (beer or wine). You can purchase additional Bingo cards for $10 per packet. Bring your own dabbers, or you’ve gotta use a pen.

You don’t play “regular” Bingo at this event. Each Bingo card features a Designer Handbag Bingo themed pattern – like a purse, or a necklace. Or even a martini glass.

There are 8 purses you can win, including a grand prize that comes with a matching wallet. They’ve had a decent variety of designer labels available at each of the events I’ve attended in recent months. Including Kate Spade, Michael Kors, and Coach.

Because the prizes are purses, there can be no ties. If two people win Bingo at the same time, there is a tie breaker. The winner gets the bag. The loser gets a ticket to the next event.

In addition to having an opportunity to win a bag, they also draw 3 door prize winners throughout the night. With door prizes ranging from Stella & Dot earrings, to Coach wristlets (see my recent win to the right), to Color Street Nails.

Bar food, including pizza, is available for purchase on site – with no time restrictions like at the VFW.

Doubledays isn’t the only location offering Designer Purse Bingo these days, however. These monthly events have also popped up at Rex’s Innkeeper in Waunakee and The Silver Eagle in Monona. However, I haven’t been able to get tickets to either of those locations, as they sell out very quickly.

Doubledays has been increasing in popularity, with more attendees each month. So, if you are interested in checking it out, I would encourage you to secure tickets in advance.

There is no rhyme or reason to the nights they are offered in a given month. They post the dates of their upcoming events on Facebook. So, you can check there for more info.

Wine Bingo takes place on the first and third Thursday of the month from 6:30-8:30 p.m. at this lovely local winery in Verona.

Bingo is FREE to play, which is awesome.

This is a family friendly event, where kids are allowed. Because it’s Wisconsin. And of course they are allowed in a winery after dark.

The difference with this location, is that they don’t have official Bingo cards like the others do. But instead have printed out and cut up Bingo cards from a Word document.

You simply grab a stack of cards from the front whenever you need them. And unless you bring your own dabbers, use a pen or a pencil to cross off your numbers when called.

This event offers a mix of regular Bingo and alternative variations, like “All G’s” or a “postage stamp” where you have to get the four in the upper right hand corner. I honestly lost track of how many rounds we played. But the night ends with blackout.

I also have no idea what prizes are available, because nobody I know has won yet. However, it seems each winner gets an envelope, with what I suspect is a gift certificate of some sort inside. I don’t know how they handle ties either, because it didn’t happen when we went.

The grand prize for winning blackout, however, is your choice of any bottle of wine to take home. Which is a pretty sweet deal. (Hint: I recommend the Perfection Port, which retails for about $25 a bottle).

You can do a wine tasting when you arrive, only if you beat the crowd. So, I recommend arriving around 6:00 p.m.. They also have a variety of charcuterie boards available for purchase. Along with chocolate truffles to compliment the wine.

What I didn’t know at the time, is that you can order pizza from Sugar River Pizza right across the road. And they will deliver it to your table at the winery.

I got a kick out of the fact that in between calling Bingo numbers, the staff let folks know when their pizza arrived.

It was all super low key. Which made for a great girls night out. We will definitely be back for another round!

Have you jumped on the Bingo wagon yet? If so, where are your favorite places to play in the Madison area?

This site uses Akismet to reduce spam. Learn how your comment data is processed.

40-something boy mom sharing my passion for fashion and Midwesty lifestyle with a sprinkle of motherhood mixed in.
DM/email to collab!
Visit👇🏽for more

REAL TALK: I tend to get very overwhelmed this tim

“I believe that if life gives you lemons, you sh

Is there anything more Americana than a trip to th

It's the last day of school today for this soon to

We went back to the place where it all began yeste

June is such a significant month for me as several

Definitely at a loss for words today. And it’s

That feeling when you get caught in a surprise rai

Our local @chuckecheese here in Madison hosted a C

That one time when I got to pose with live alpacas

Jumpsuits are always real cute, until you have to

By now you’ve probably heard of the trend “dop

“Mama is another name for Queen.” queen /kwē 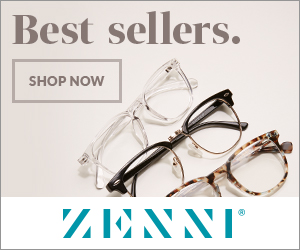 Five Fiction Books To Add To Your Reading List